Launch of the website of the Maharshi University of Spirituality

Many higher level Saints and seers have said that the Maharshi University of Spirituality will be around for more than a millennium and the spiritual principles imparted in this revered establishment will be around till the end of the current era of Kaliyug some 400,000 years away. On the 21st of March on the auspicious day of Gudi Padwa (New Year as per the Hindu Lunar Calendar) a ceremony was held at the main studio of the Spiritual Research Centre and Ashram in Goa, India to commemorate the launch of the website for the Maharshi University of Spirituality. 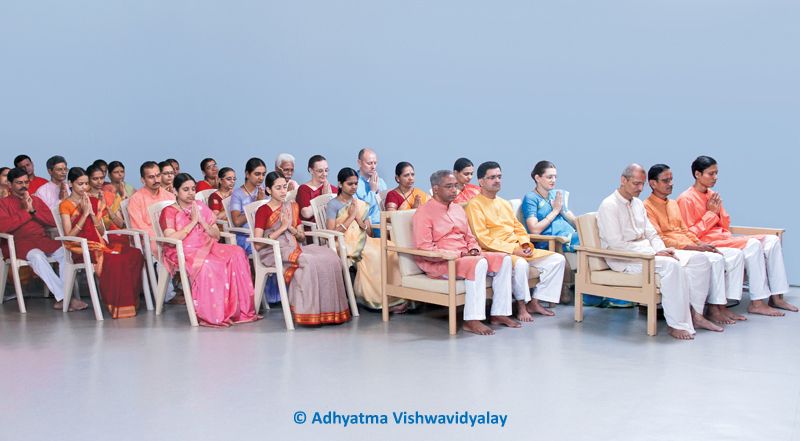 As seekers settled into their chairs prior to the ceremony, I was overcome with a deep sense of gratefulness and I know it was the same for everyone in the room. 6 Saints and 50 seekers attended the launch ceremony. Parātpar Guru (a Guru beyond the spiritual level of 90%), His Holiness Dr Athavale (the founder of the Maharshi University) Himself was the Guest of honour.

In 1993, the Gurupournima celebrations of H.H. Bhaktaraj Maharaj who was fondly known as Parampujiya Baba was held a few hundred metres from where we stood today, at the Ramnathi temple in Goa, India. At that time the idea of having a Spiritual Research Centre and Ashram had not even been conceived of. Even so Parampujiya Baba said the prophetic words “Let the main centre for the mission of the spread of Spirituality worldwide, be Goa. Call it ‘Vishwadeep’ He said (which means the Light of the world). From Goa in India, the spread of Spirituality will take place all around the world.” 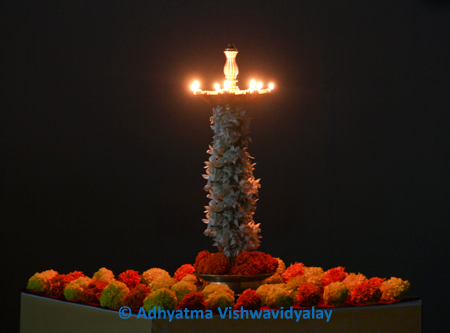 21 years later, in 2014 the trust of the Maharshi University of Spirituality was established by the Disciple of Parampujiya Baba, His Holiness Dr Athavale. With over 30 years of experience in spiritual research and guiding over 50 seekers to Sainthood and over 650 seekers to a spiritual level between 60 and 70%, the preparatory work towards a University of Spirituality had laid a strong foundation. A ghee lamp is traditionally lit on such occasions as it attracts spiritual purity and its light symbolizes spiritual knowledge. On this occasion this lamp had a special significance, as it represented the ‘Vishwadeep’ (Light of the world) that Parampujiya Baba had envisioned. His Holiness Dr Athavale lit the ‘Vishwadeep’ in the ceremony and he was joined on stage by His Holiness Cyriaque Vallee (a Saint from France guiding the Spiritual Science Research Foundation worldwide).

Later during the ceremony His Holiness Cyriaque Vallee spoke a few words. The following is his guidance.

When the SSRF website launched 9 years ago inspired by the teachings of Maharshi University of Spirituality, we would have not imagined how popular it would be. Today over 700,000 seekers and readers from all over the world visit the SSRF website and YouTube Channel every month to understand how the spiritual dimension affects our lives. We receive many comments from our readers from all cultures telling us how the information posted on the website has helped change their life for the better.

All credit for the information published on the website goes to the intense spiritual research groundwork that has been undertaken by the Maharshi University of Spirituality over the years even before it was registered. Even though Maharshi University of Spirituality also known as the Maharshi Adhyatma Vishwavidyalay was officially founded on 27 Mar 2014, its teachings were available for the last 30 years. I came to know about its teachings and practised it sincerely for 15 years and was able to reach the present level of spiritual progress. From my own experience and the experience of hundreds of other seekers, I can say with an immense sense of gratitude that the teachings are practical and easy to put into practice.

I am confident that if you follow Maharshi University of Spirituality’s teachings you also will be able to make rapid spiritual progress. I wish you all the best in your spiritual journey. 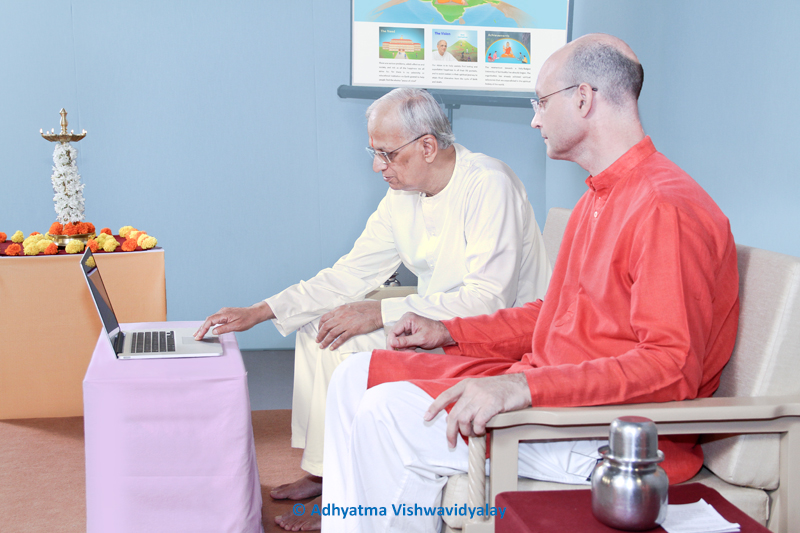 His Holiness Dr Athavale then spoke about his vision and views for the Maharshi University of Spirituality. The following is His guidance to Saints and seekers attending the event. However after hearing it I felt it was in fact a message for humanity. 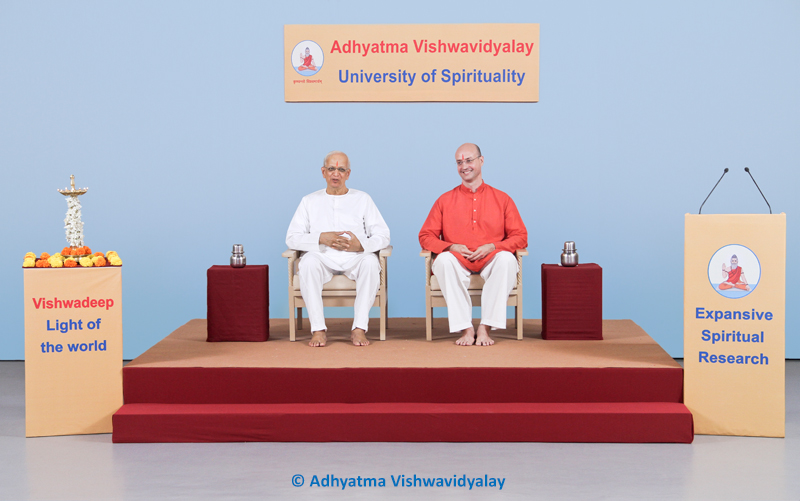 Namaskar, dear seekers, on this occasion I don’t know what to say; because God is beyond words. For the sake of saying something, I would like to share two Sanskrit verses.

In this universe, may all be happy.
May all be healthy.
May all realise goodness.
May no one be in misery.

The second verse is:

To reach these two goals, it is possible only if everybody practices Spirituality. In science we do experiments and then we come to some understanding of the laws behind various phenomena. Similarly here also we have taken a scientific approach and conducted thousands of experiments with seekers over the decades to reach a methodology on how to attain rapid spiritual growth and also to understand the spiritual dimension and its effect on us. This methodology we can say is tried, tested and proven, because as Sean (who was the Master of Ceremonies) said earlier so many seekers have progressed beyond 60% and also to Sainthood.

We do not want to keep this knowledge to ourselves but we want to formalise and share what we have learned with the whole world so that all can benefit. This is why we established the University. It has been founded with only one goal, which is to guide everybody about spiritual practice and take them step-by-step towards God.

As His Holiness Dr Athavale spoke, I felt His resolve that the Maharshi University of Spirituality will work for the spiritual betterment of humanity and the initiation and sustenance of a Divine Kingdom on Earth. With a short prayer which expressed our gratitude, the memorable ceremony of the launch of the Maharshi University of Spirituality came to a close. I looked across the hall and saw all seekers in a state of spiritual emotion. I could not help thinking that we were indeed lucky to attend this ceremony in the presence of so many Saints and as it is not every day that one gets to witness the launch of a website that will be a spiritual guiding force for millennia.