Note: The intent of publishing this article is not to promote or diminish/marginalise any specific musical work or genre. MAV is publishing this research article in order to present our research findings in music and to encourage further investigation into this field of gaining positive vibrations from music.

The three subtle basic components of Sattva, Raja and Tama are the most fundamental fabric of creation. Unknown to modern sciences, they permeate through all living and non-living, tangible and intangible things.

Music too is made up of Sattva, Raja and Tama. Some types of music and dance are more sāttvik and some are more rājasik and tamāsik. One’s choices in music and dance can increase Sattva or Raja–Tama in one’s life and in the environment thereby affecting one’s spiritual progress. It follows that if one listens to music that is higher in one of the components, it is likely to increase that component in us.

At the Spiritual Research Centre and Ashram, many experiments on music and dance and its effects on a person’s consciousness have been conducted. Here is one such experiment. Using a Universal Thermo Scanner (UTS), the Maharshi University of Spirituality conducted an experiment to find out how different types of music affect one’s consciousness. 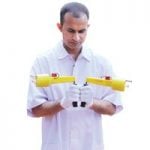 This instrument is used to measure the energy and the aura around any object (living or non-living). It has been developed by Dr Mannem Murthy, a former nuclear scientist from Hyderabad, India in the year 2003. It can measure distressing vibrations along with positive vibrations emitted from an object. It is also able to measure the extent of the aura of the object into the surrounding area. When taking a measurement, the 2 arms of the scanner open out and the reading is taken based on how much the arms opened out in degrees. Only when the arms open out to 180° can the aura in relation to that aspect be measured. For more information refer to:

Four clips of music were selected for the experiment

More information about the setup of the experiment is provided below. 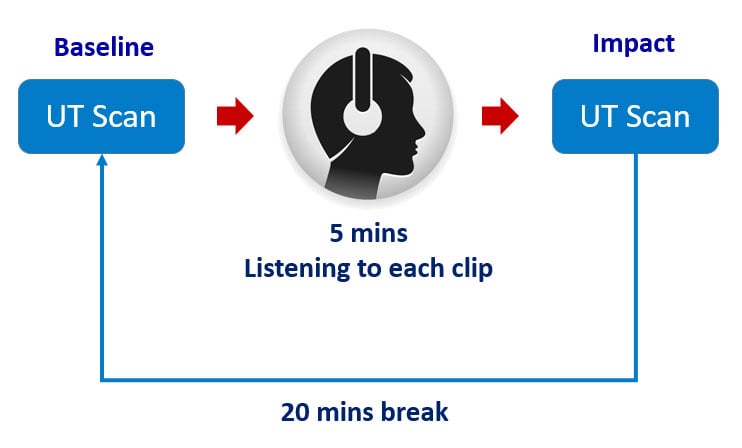 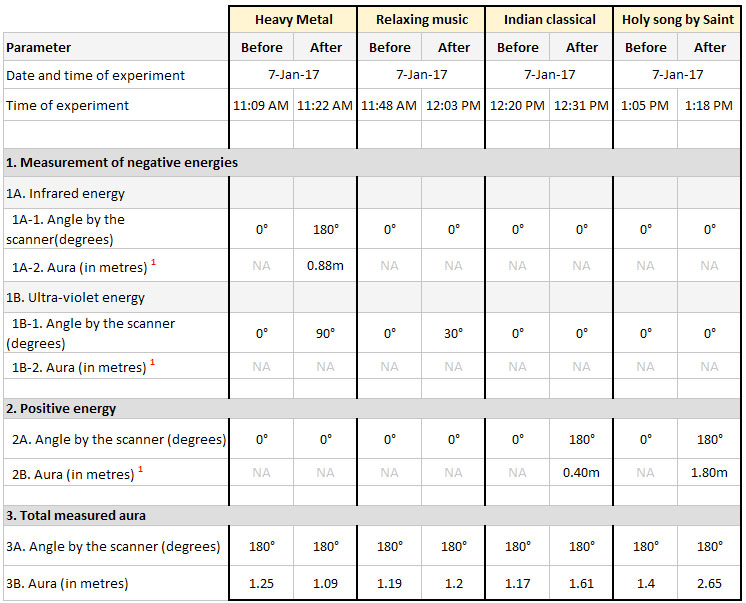 Observations of the subtle effects of listening to each type of music are listed below.

It appears that the spiritual impact of listening to the relaxing music was minimal. This is indicated by there not being much change in the IR/UV, Positive Energy or Total Measured Aura parameters.

Based on the observations, listening to heavy metal had a spiritually harmful effect. Incidentally, in a separate study, lab rats who listened to a music track from the same band showed impaired learning ability and they turned aggressive and cannibalistic (Wertz, 1998) as compared to a control group.

The impact of listening to the clip of relaxing music was spiritually neutral. Interestingly, scientists have recently stated that this clip is the most relaxing piece of music ever (Forbes, 2016), so relaxation does not necessarily equate to spiritual benefit.

The artist singing the clip of Indian classical music is Pandit Bhimsen Joshi, who is one of the most celebrated artists in Indian classical music. Listening to this music did have a spiritually positive effect on the subject. More research needs to be done to determine if this positive effect was due to the extensive training of the artist, due to the genre of the music, vocals, instruments or a combination of these factors.

The subject benefited the most spiritually by listening to the song sung by a Saint.  The benefit was far greater than that from listening to the clip of Indian classical music. This was despite the fact that the Saint had not received any formal training. Generally, an artist with more training is held in higher esteem, but this experiment indicates that conventional musical training may not the main factor in determining the spiritual positivity of the music sung.

An Appeal to Musical Artists and Researchers

Based on many experiments conducted in relation to music, the following are some of the key observations noted by the spiritual research team as it continues to research this aspect.